THIS SECTION UNDER CONSTRUCTION!

Ragin', fuckin' gnarly Canadian pop-punk! Super catchy & oozing with pop-punk good-ness! For those who dig This Is My Fist! & other rad shit like it.

2 brand new songs from each band, both being "their best shit yet." Rumspringer is super hooky, melodic pop-punk from Arizona, and the good ol' Long Island boys in Sister Kisser power through with more of that urgent, heartfelt, melodic punk rock we know and love. Split of the year! 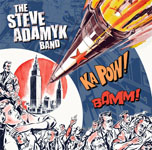 Demos collection of lo-fi pop/post-punk rock from Wisconsin's own, Tenement. This shit is pretty god damn great... you got your typical high-energy, popped-out Tenement rippers on this, but laced with some quiet, some noisey, indie/pop demo jams in between. All songs previously unreleased. Includes an exclusive song to tape release. Side B is a weird, fucked up tour diary too. (Comes w/ download) LP version on Cowabunga Records. 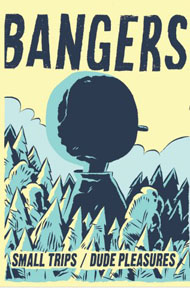 VACATION- "The Do Shit TAPE"


(Split release w/ It's Not a Phase, Dad! Records)

A split 7" of two of the best bands in DIY punk right now! Athens, GA.'s WITCHES fire up a mean blend of indie/punk rock that stays true to the Neil Young / Nirvana comparsion I've heard about. These 2 songs have a tight mellow, grungey groove. Brooklyn, NY.'s HONKY HORN & BAD MOUTH contribute a song of their spaced-out, dark, Hickey-induced punk.

SISTER KISSER hail from the suburbs of Long Island, NY. With their newest debut full-length LP/CD, "Vipers", they have truly branded their own style of melodic, aggressive, heart-felt, anthemic, DIY punk rock. 10 songs! From the first song to the last, Sister Kisser grabs your attention with their sense of urgency & their realistic lyrics. Hands down, one of our favorite albums of the year! Artwork by: Lubrano. (Comes w/ download code.)

EVERYTHING SUCKS- "The Taxes In Texas" LP


(Co-Release with Just An Audial Records)

FINALLY! 2nd volume in the Dead Broke 4-Way Split series & it's well worth the wait! This one is the best of the sunshine state, CALIFORNIA. All bands contribute unreleased songs. Artwork by: Gordon Lafler. (Comes w/ download link.) OUR 50TH RELEASE! One pressing only!

San Francisco's FLESHIES have absolutely killed it with their new record! Defintely one of their best albums. So in honor of them ruling, here's a sick pressed Cassette Tape release of it. Full Color Covers only available from Dead Broke!

Finally! An LP release of one of the greatest punk records ever made. Chattanooga Region Rock Punk with gut-wrenching hooks & lyrics. Pre-Hidden Spots & Future Virgins. First time available on 12" vinyl ever.

Both Onion Flavored Rings full-length albums on a pressed Cassette Tape! The "Used to It" LP on the A Side & "Two Minutes' Enlightenment" LP on Side B! Quirky, clever, poppy & catchy pop/punk, San Francisco style. (ex- Funyons, Crimpshrine, Allergic To Bullshit, Miami, etc.) Artwork by: Erick Lyle.

Heartfelt & melodic punk rock from Long Island, N.Y. chock full of energy and urgency, Sister Kisser reminds of us how powerful & strong a punk song could truly be.

Totally complete DOWN IN THE DUMPS discography on one jam-packed Cassette Tape or CDR. Both split 7"s, B-sides, weird demos, bad covers, unreleased tracks, & the "Dumps Luck" LP all in one place. Artwork by: Bill Pinkel

4 songs from the 2008 Get Bent demo released on 7" E.P. Quirky & fast-paced indie/pop-punk from Queens, NY, now defunct. Members of: Potboiler, Down in the Dumps, Red & Blue, Jonesin', State Lottery. This demo is now released in every format. Only 1 pressing on vinyl, then gone. Artwork by: Andy Dennison.

4 years after Dobler. called it quits, this full-length is finally released as it was left. Unmixed but very fitting. Recorded in the winter of 2004. A balanced blend of indie rock, pop punk and rock & roll.

Yup, that's right... A discography of Chattanooga's very own wild asses, ADD/C! They have been kickin' it for quite some time now & this tape be packed full of jams from 7"s, the "Keepin' It Real" LP & more.. This rules, I assure you!

Re-release of full-length CDR that was self-released by the band.
Melodic, aggressive, political punk rock from Brooklyn, NY.

Tape release of the Get Bent- 2008 Demo.
With an Alternate & previously unreleased song: "Barback Mountain".

TOTALLY FUCKED- "There will always be chaos..." CDR

DOWN IN THE DUMPS/ TILTWHEEL- Split TAPE

GO BACK TO RELEASES